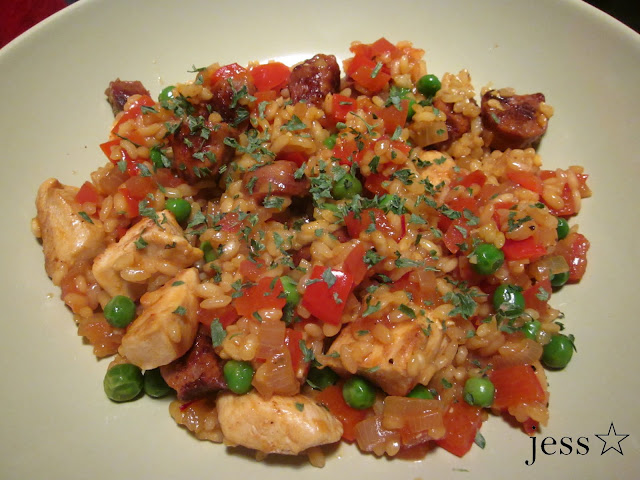 So far on my multicultural adventure of Melbourne, I've tried a few cuisines - Thai, French, Japanese, Modern Australian... but at the moment, I'm a big fan on all things Spanish! I love the rich flavours and subtle spices (I'm really not keen on the super spicey business that Sous-Jeff involves himself in!) of the food, and am really starting to enjoy cooking it myself. 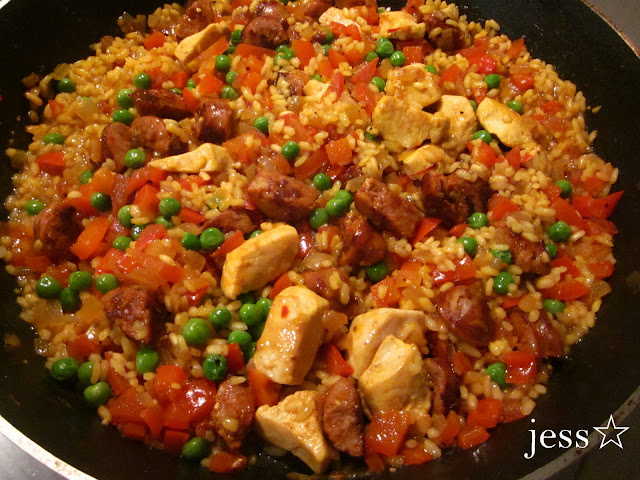 After the Friday Night Tapas venture a few weeks ago, I've been pretty keen to try my hand at some more Spanish cuisine. So, just before I shut off my computer and end my work day, I quickly jump online and find this chicken and chorizo paella recipe from taste.com - and even better, it's got no seafood in it! Sous-Jeff and I don't particularly love seafood, although we are making more of an effort to try it, in the name of being food-venturous and giving me something to blog about! Five minutes and a recipe print out later, I'm heading home to get my Spanish on! Here's how it went...

To make this dish for 4 people (or for 2 and enough for left overs tomorrow!), you'll need:

First, combine the chicken stock, wine and saffron in a small saucepan over medium heat. Bring to a simmer, then remove from heat and set aside. 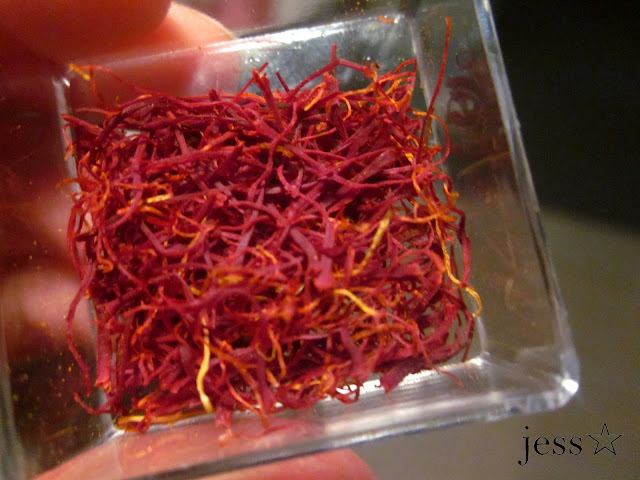 Heat a large fry pan or paella pan with a little oil, and add the chorizo. Cook it up, turning occasionally, until golden, and transfer to a plate. 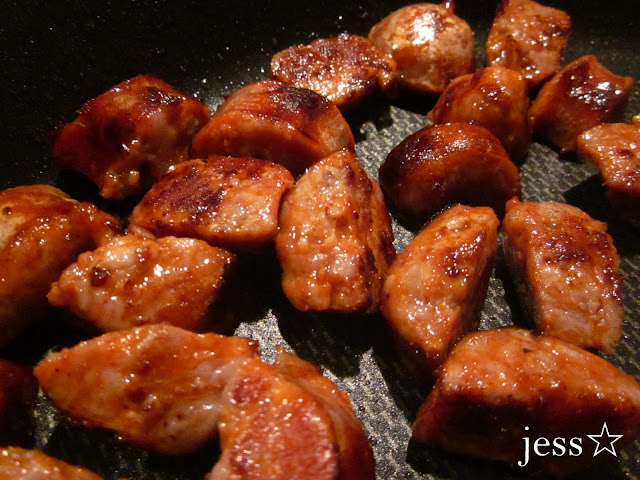 Then, add the chicken into the pan, again turning occasionally until cooked through. Transfer to the same place with the chorizo. 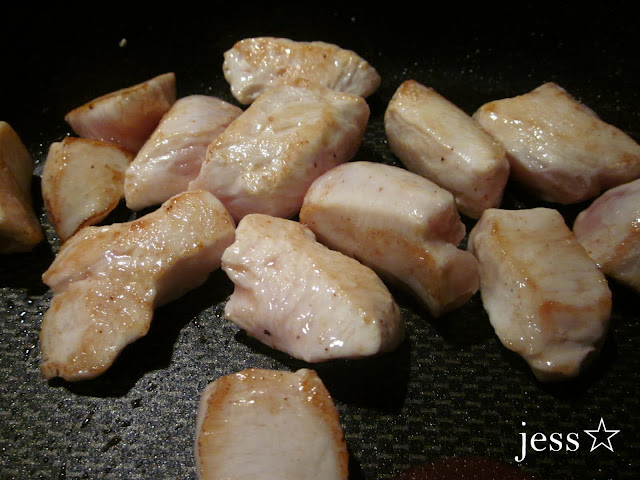 Add the onion and capsicum to the pan, and cook, stirring, for 5 minutes/until onion softens. 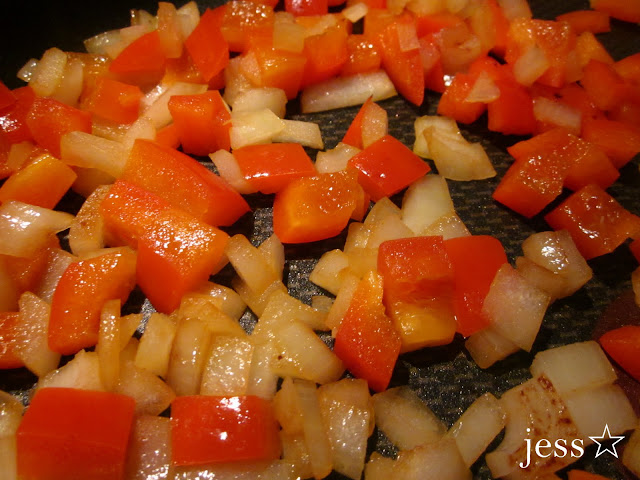 Next in goes the tomato and paprika, stirring for a minute or until aromatic. 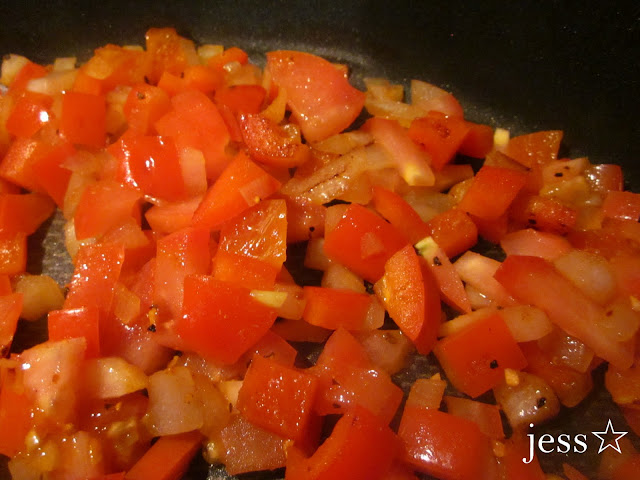 Return the chicken and chorizo to the pan, and stir them in to combine. Then sprinkle over the rice, and pour the chicken stock mixture over it and bring to the boil. 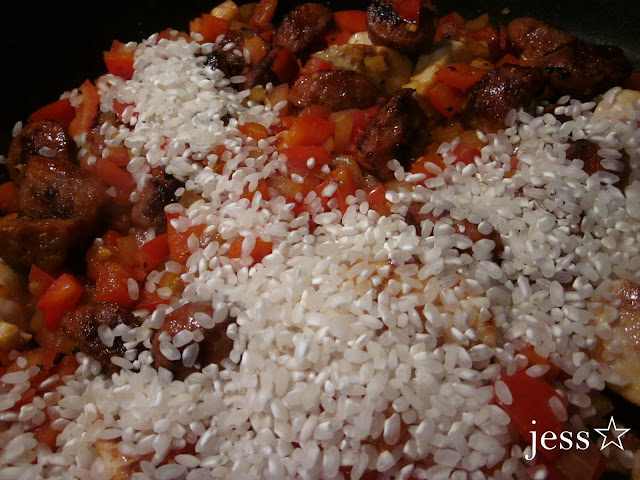 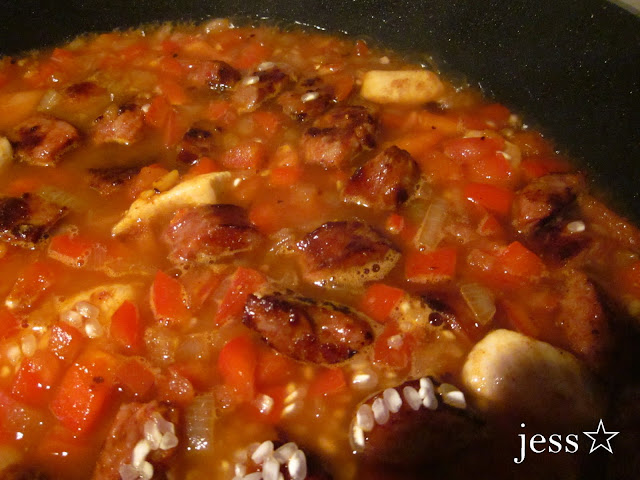 Bring the mixture to the boil and reduce the heat to low. Cook, uncovered, for 15 minutes or until the rice is tender and the liquid is absorbed. 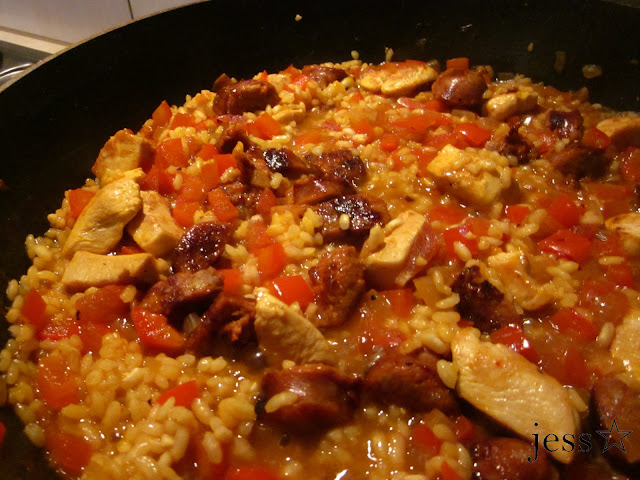 Scatter the peas over the rice, and cook for another few minutes. 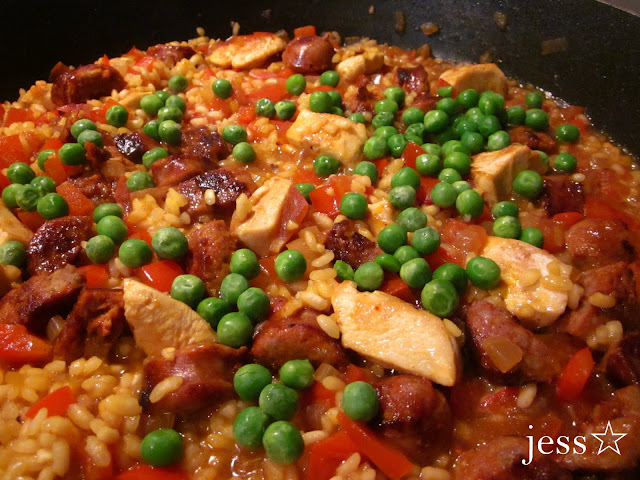 Last thing to do is sprinkle the parsley over the top and serve it up! It was a super simple recipe, and it came out perfectly. The saffron and paprika weren't too strong, and the chicken came out very tenderly from simmering in the stock for so long. Give it a try, it's really yummy!! 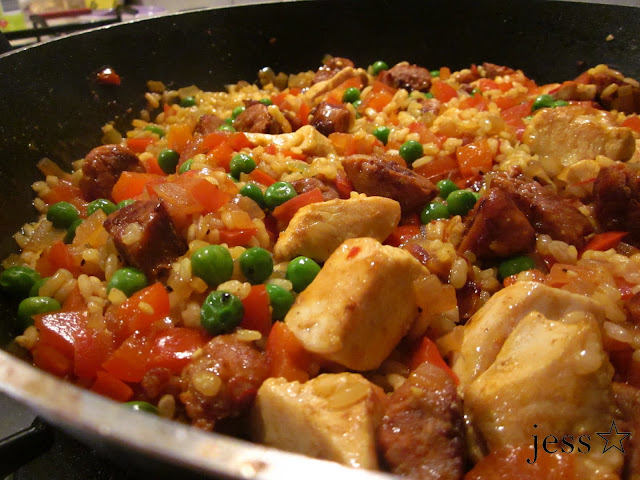 So, what cuisines have you fallen in love with and decided to try at home?!