This blog has moved to http://multiculturalmelbourne.com/
Multicultural Influence of... Morocco 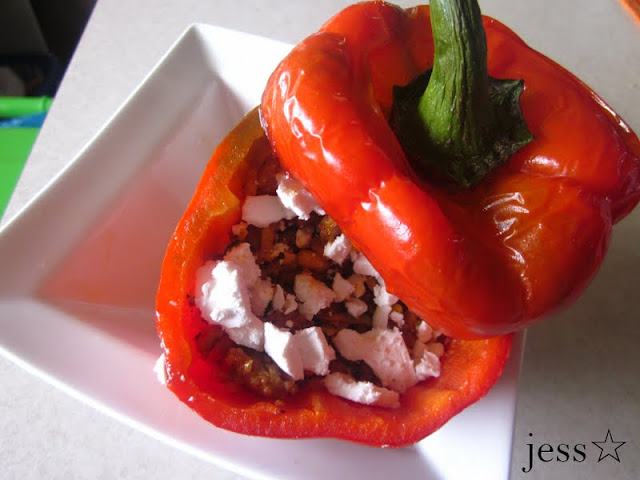 Another trip to the Queen Vic Market, another few hours of inspiration to cook. There is nothing better than being surrounded by beautiful, fresh, vibrant produce, and I honestly believe there's no where better than the market for that. While walking through the sheds of fresh fruit, veggies, meats, breads, herbs, and everything in between, an idea springs to my mind. A big, fat, roasted red capsicum... Filled with.... stuff. Not sure what yet, I'm assuming it'll come to me as I continue my market walk. And sure enough, it does. A Moroccan inspired stuffing. Hmmm... With all of my ingredients fresh from the market, let's see what I can concoct...


First things first, oven on 180°C, and slice the tops off the capsicums. 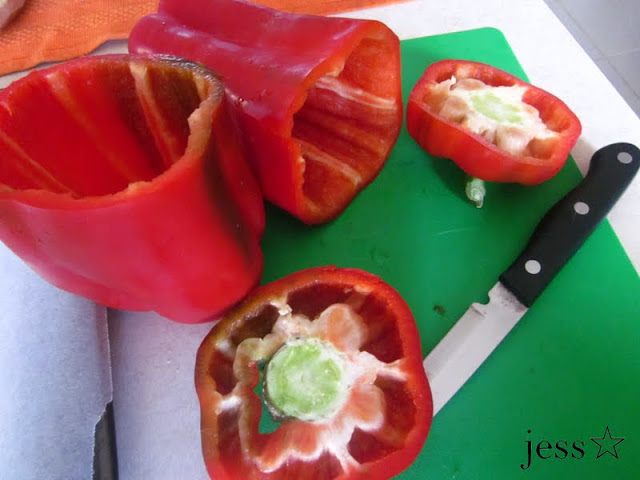 Into the oven they go, on a baking paper lined tray, until they start to blister, turning them every 10 minutes of so. 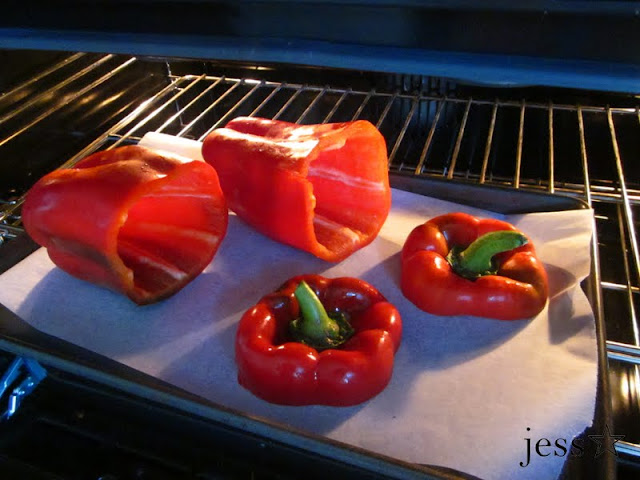 Meanwhile, heat a bit of olive oil in a large saucepan, and throw in some diced onion (about half a large onion) and two cloves of minced garlic, until the onion starts to soften and brown slightly. 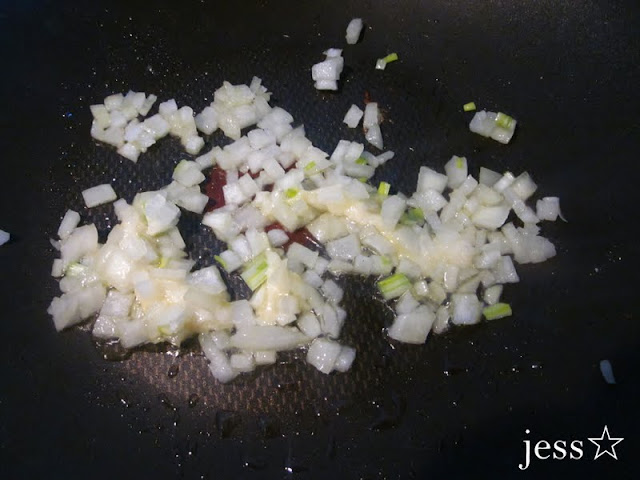 Next, in goes around 500g of gluten free sausage mince. Looooove it! 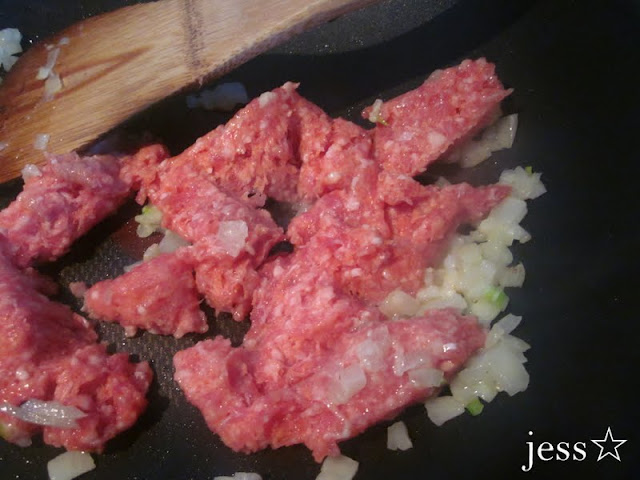 On top of the mince, a bit of Moroccan spice mix and sweet paprika, and cook it up until it's brown and cooked through... 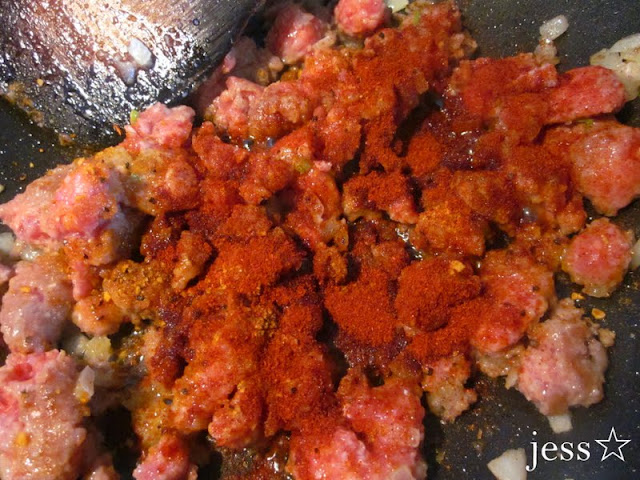 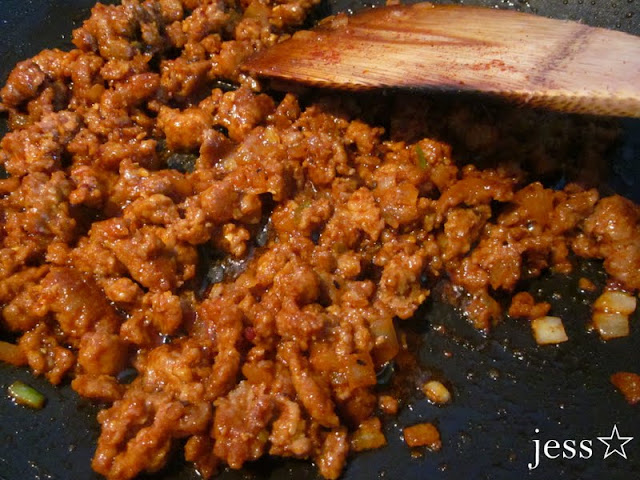 Next in goes half a grated zucchini... 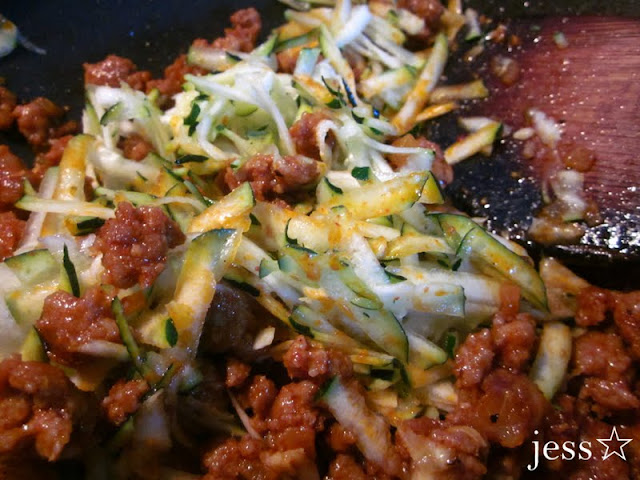 ... and about half a cup of saffron rice (I like to put a bit of water, a bit of white wine and a pinch of saffron threads in a saucepan, and throw in some paella rice, bringing it to a boil and then simmering until it's cooked through). 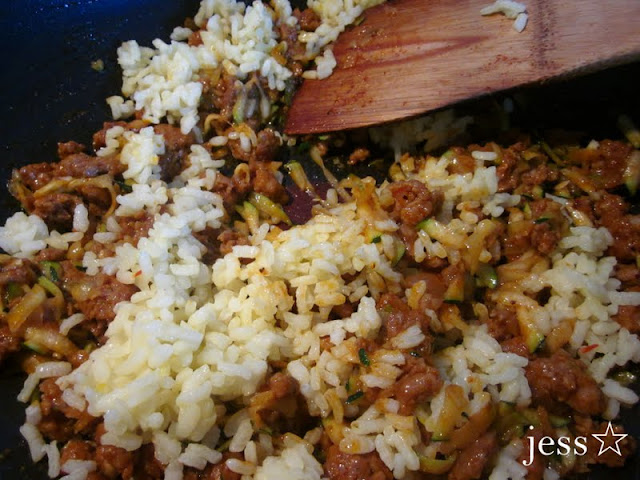 After combining that, I throw in a handful of toasted slivered almonds and pine nuts, to add a nice crunchy texture and a delicious flavour. 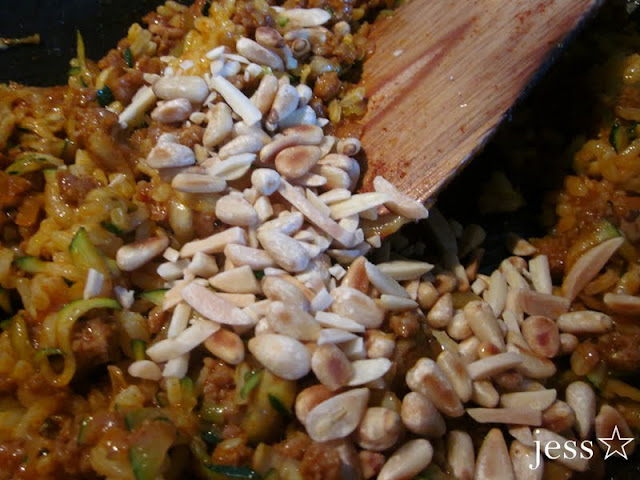 And here's the finished product, ready to go inside the roasted capsicums! Easy! 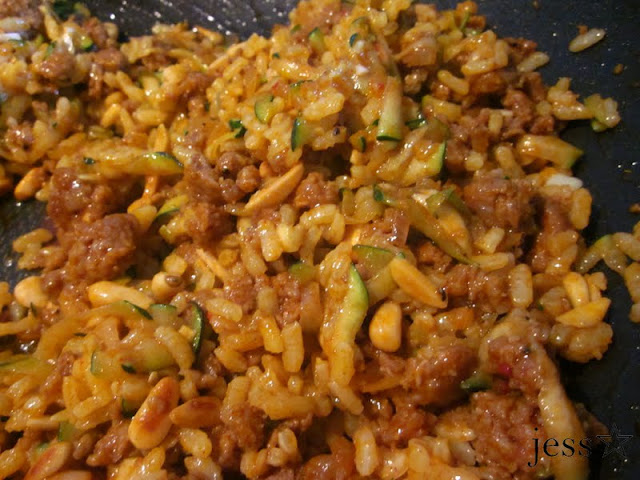 Out of the oven with the capsicums - they're not over roasted, as I need them to still stand up in the bowl; if they're too soft, they'll just collapse. 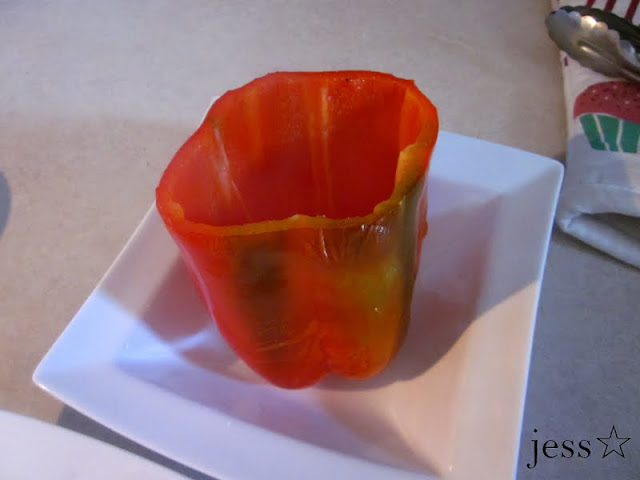 Spoon in the stuffing and top with a bit of crumbled feta cheese! 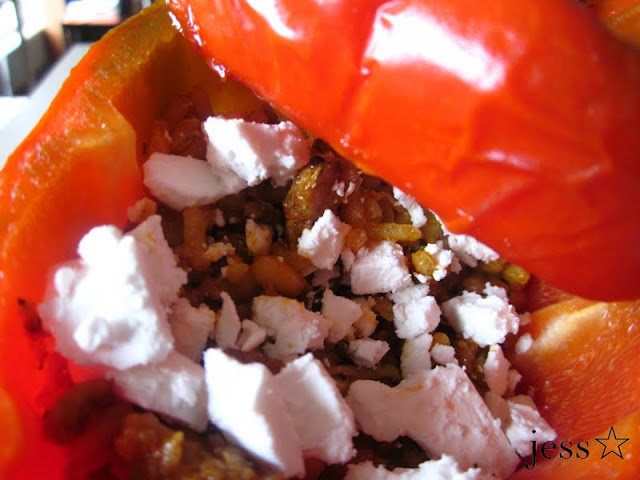 And that's it! Quick, simple, yummy, and looks awfully pretty! And the bonus is, you can eat the bowl as you work your way through the stuffing! I think this would also work great with eggplant, or even a large tomato to hold it all in.

It may look like a bit of work and not so "quick," but it actually is - you just throw everything into the fry pan while the capsicums roast, and you can cook up a whole lot of rice and leave it in the fridge for a few days, taking out what you need as you need it! And as long as you don't use a heap of oil and very lean mince, it actually isn't terribly unhealthy, particularly because you don't need a heap of stuffing in the capsicum. 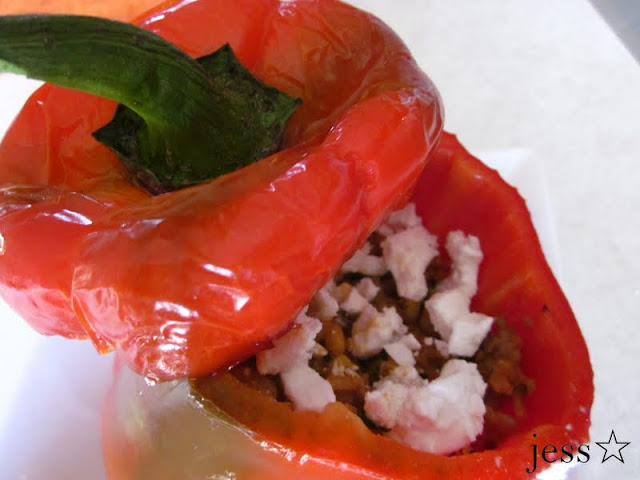 Over to you guys; where do you find inspiration to create something a little different in the kitchen?
Posted by jess☆ at 1:26 am