Multicultural Inspiration from... the world of baking! 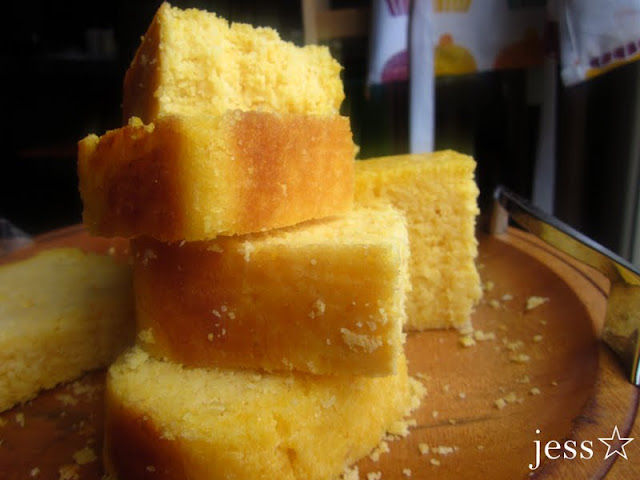 Ever since starting out on this gluten free thing a few weeks ago, I've been constantly looking for ways to keep getting variety into my diet. I haven't been much of a bread eater for a while now, but every now and then, I just want nothing more than a nice, warm slice of bread with a bit of butter... mmm.... 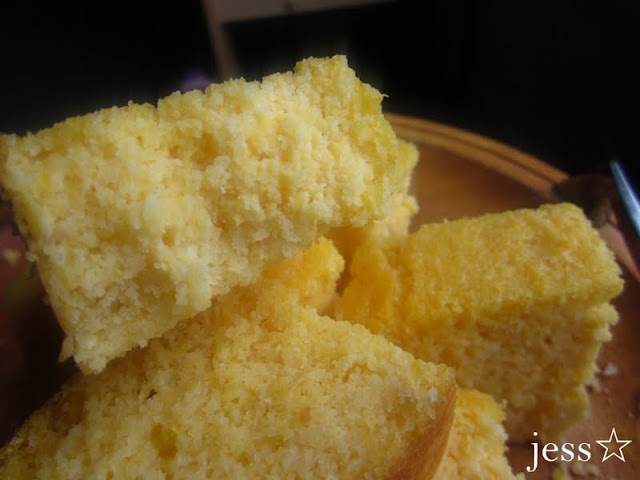 I discovered corn bread not long ago in a local health store. It was just a packet bread mix type thing, and it was simple enough to put together, and it was absolutely delicious. It was quite sweet - Sous-Jeff likened it more to cake than to bread, and he was right (I guess that's why I liked it so much!). So I decided to try my hand at my own version of corn bread! 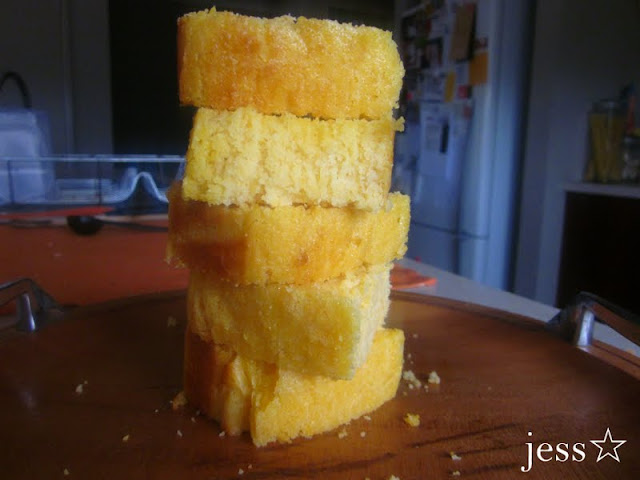 I took my inspiration from the ever reliable Australian Good Taste magazine's June Cook The Issue Issue, with my own changes (of course!). Instead of following the recipe's cheese and chive method, I decided to make my own gluten free, sweeter version of the bread. Here's what I used to make this delicious loaf: 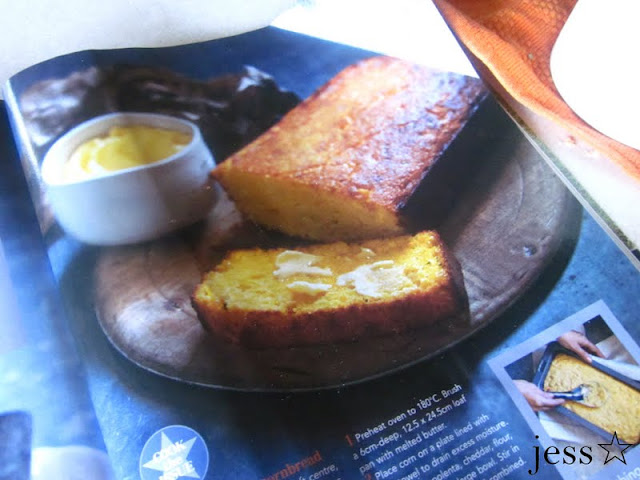 First up, preheat the oven to 180°C, and line a 18 x 18cm square cake tin (or similar sized loaf tin) with baking paper. Then, put a bit of paper towel on a plate, drain the corn kernels and pour them onto the paper towel to drain further. 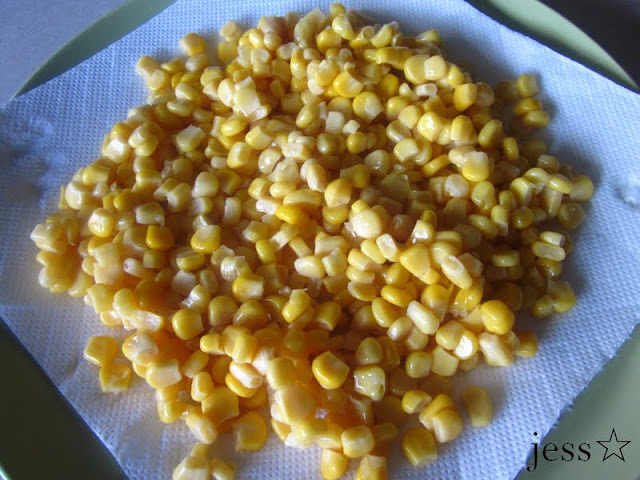 Instead of using the corn kernels whole as per the recipe, I decided to throw mine into my food processor and mush them up a little first! 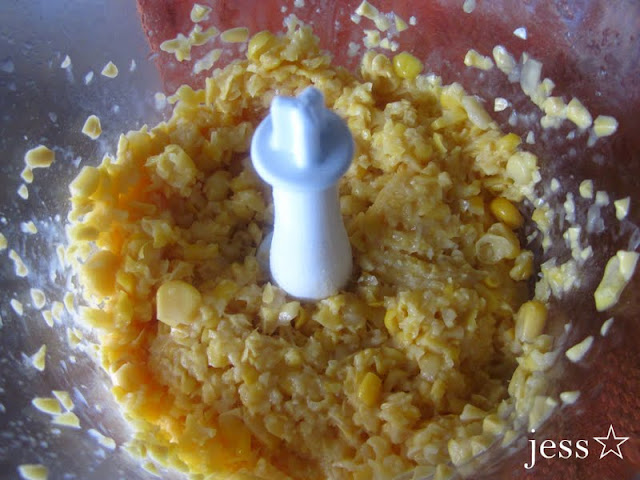 Into a bowl with the flour... 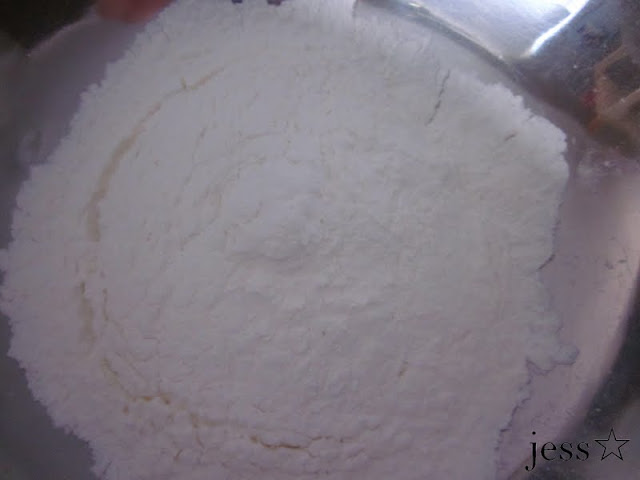 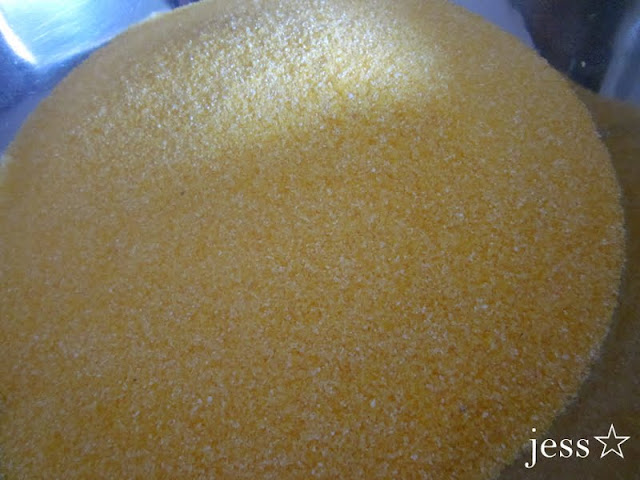 Next in goes the processed corn kernels, buttermilk, butter and eggs, stirring until well combined. 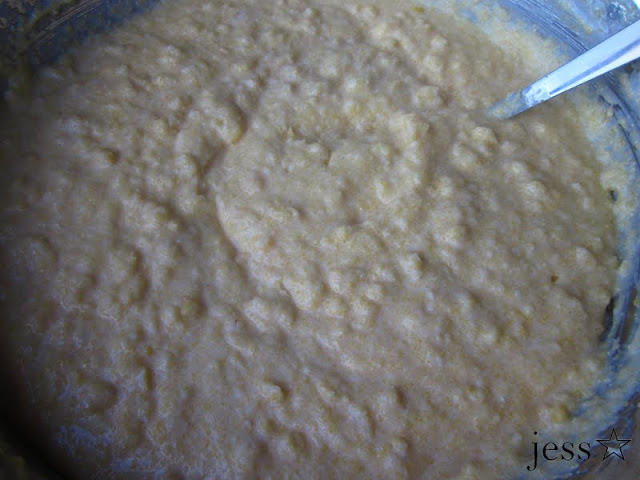 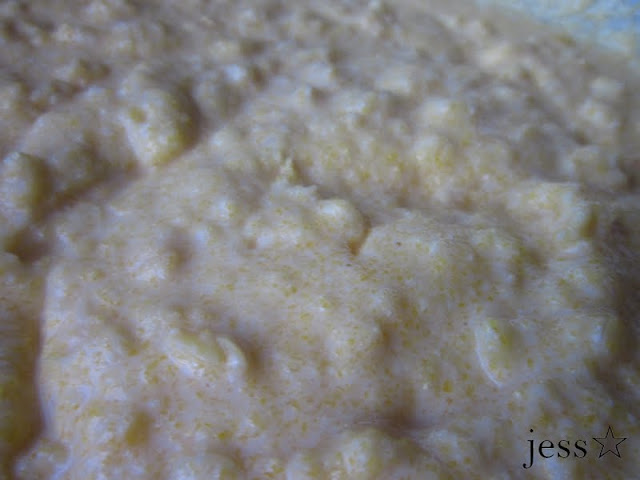 Then, just pour the mixture into the tin and spread it evenly, smoothing it over the top. 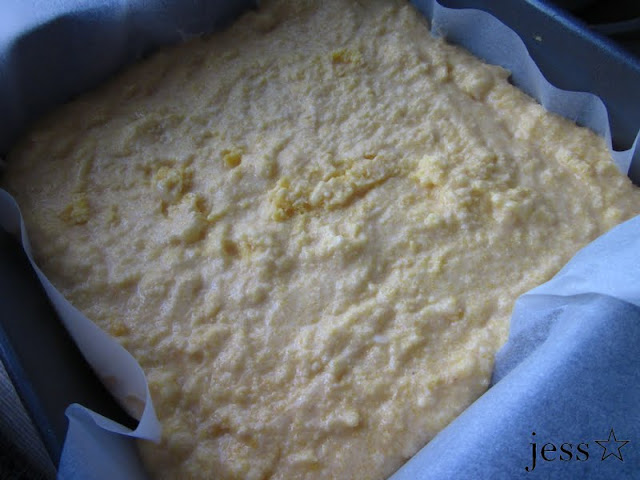 Into the oven for around 40 -45 minutes, until it looks like this.. 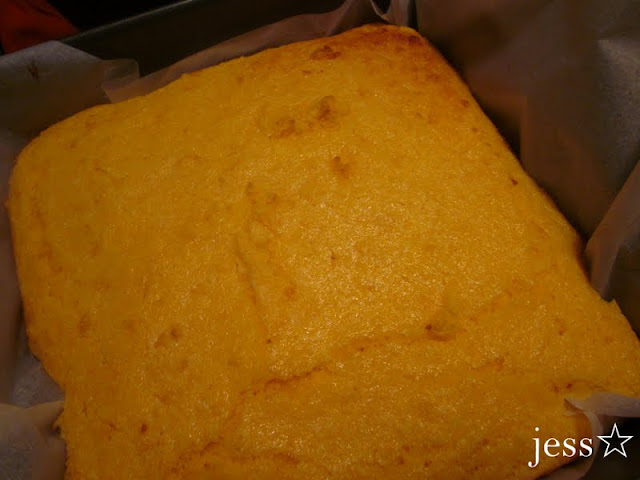 I let my big, square, bread loaf sit in it's tin to cool for a while before taking it out, and I know I should have let it cool a little more before slicing it open and trying a piece, but I couldn't help myself! 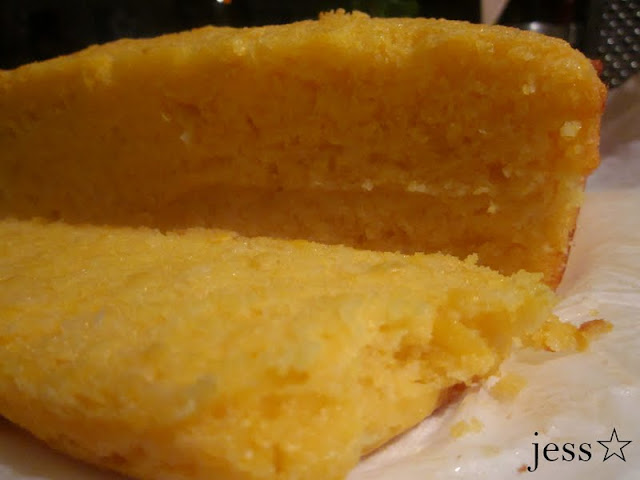 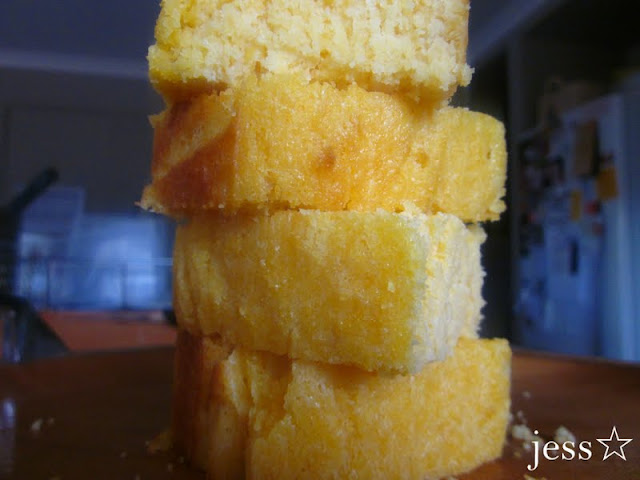 It wasn't quite as sweet as the packet mix I'd made, and it had a far stronger corn flavour (given that I'd used a whole tin of corn kernels!), but it was really, really yummy! It had a very different flavour to any other bread I'd ever tasted - a bit sweet, but definitely savoury with the corn. 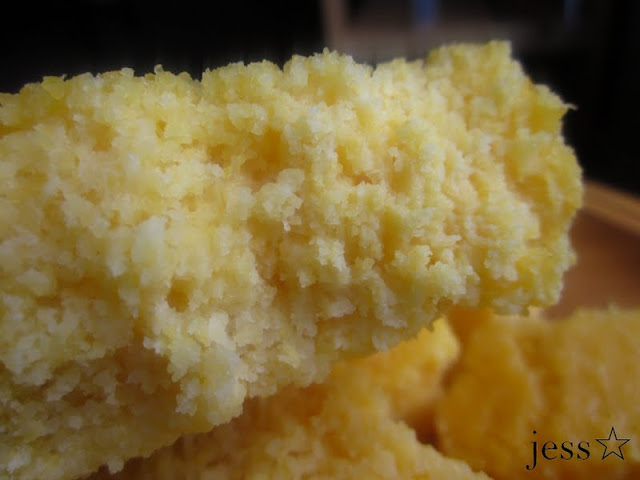 It literally fell apart in my fingers as I picked up a pieced to try, and crumbled away under my knife as I spread some butter onto it. Delicious, and completely gluten free! Sous-Jeff took one look at the bread, and dashed to the fridge to fetch a spoon full of his chilli jam. Apparently it was incredible; I value my taste buds, and therefore did not try any. 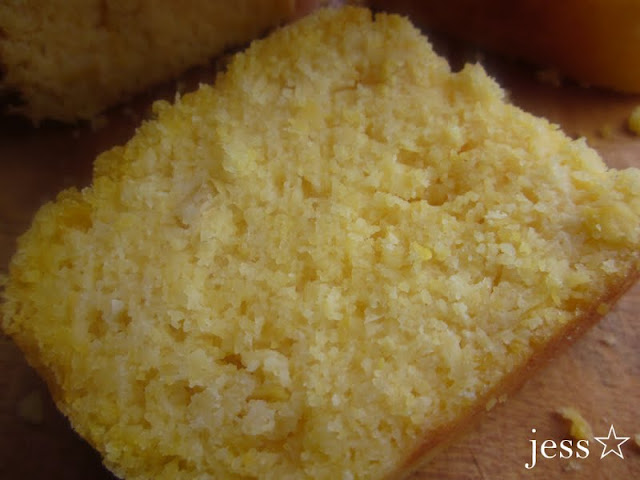 It actually kept surprisingly well for 4 days or so as well - surprising that it actually lasted that long! I would like to try the cheese and chives version next time now that I've mastered a basic, neutral version of the bread! 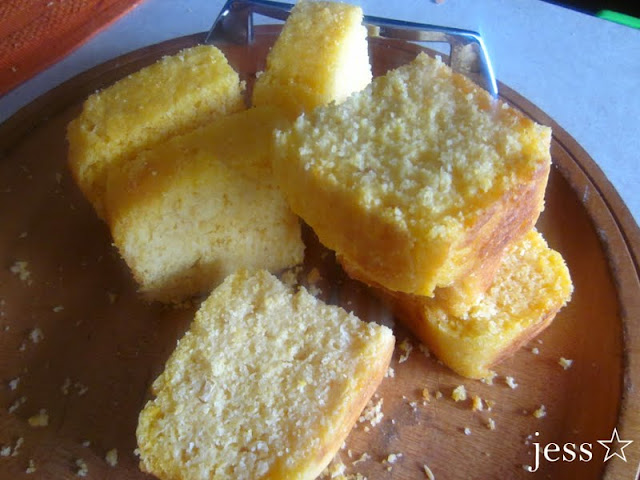