This blog has moved to http://multiculturalmelbourne.com/
Multicultural Cuisine of... China... & pub life
Content after our tapas at Movida, but certainly not yet full, we continued on down to our next stop. Neither Sous-Jeff or I are big Chinese food eaters, but I've heard only good things about HuTong, and I developed a bit of a crush on dumplings since trying the pork gyoza at Wabi Sabi a while ago. So, we decide it's probably time for us to give it a try!
HuTong Dumpling Bar
14 - 16 Market Lane,
Melbourne
(03) 9650 8128
Visit Website 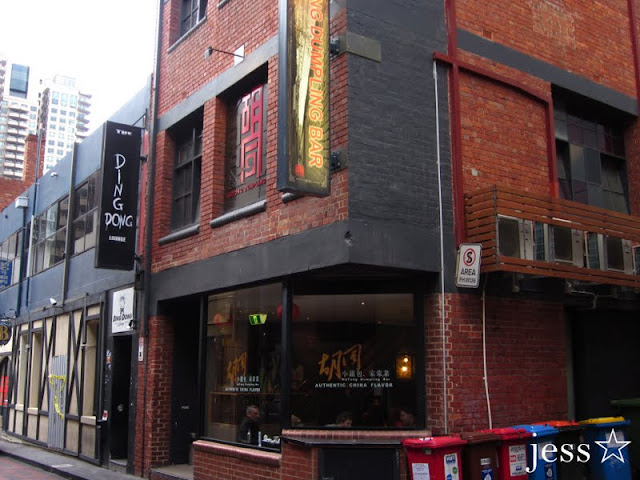 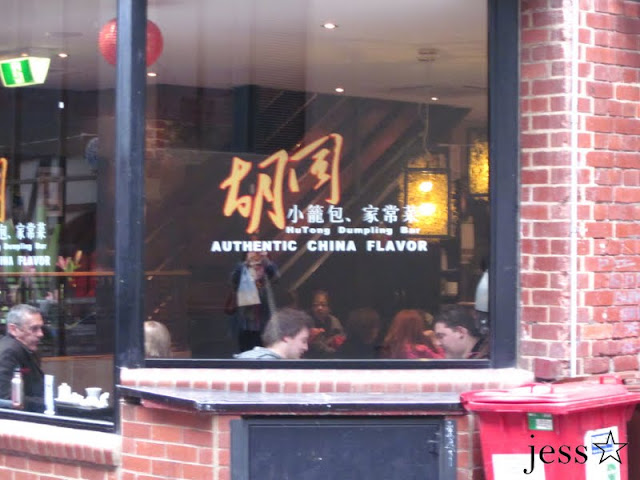 We knew Market Lane sounded familiar for a reason, but until we arrived, we couldn't work out why - because it's the home of Hofbrauhaus, the German restaurant that was gutted by a fire a little while ago. It's a family favourite, and I can't wait to get back in and review their magnificent Schweizer Schnitzel for you guys when they get back up and running! Anyhow, we're now in recognisable territory, and upon seeing the large amount of people inside, are put a little more at ease going into this very unfamiliar culinary territory. 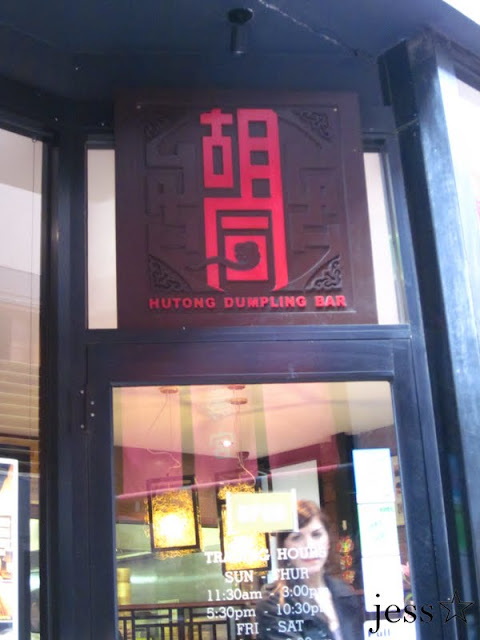 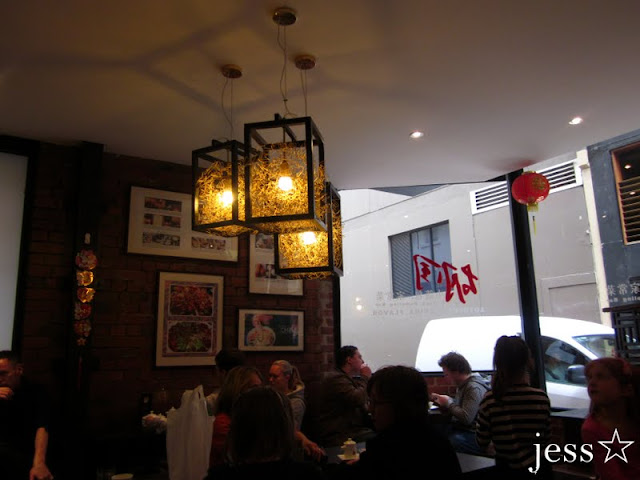 The first thing we notice as we come in from the bitter Melbourne cold is how warm and cosy it is inside! Lovely! We were immediately asked if we had booked, and we had not. We were told it might be quite a wait, but as luck had it, a table cleared out within a minute of arriving, and it went straight to us! The Universe wanted us to have dumplings, and so we would. It's also very busy, with an excited, content atmosphere. You can tell by the looks on the faces of HuTong's customers that they were happy with what was in front of them. I also immediately fell in love with the big window that allowed me to see into the kitchen; it was absolutely mesmerising to see just how quickly the chefs worked, folding each dumpling in a perfectly uniformed manner. 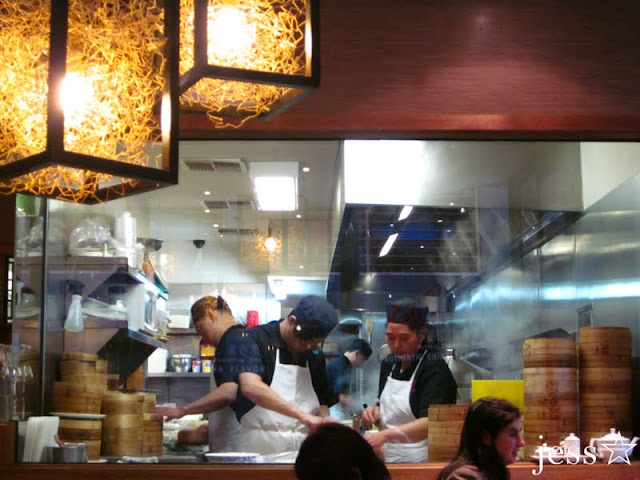 Finally taking my eyes off the fancy finger work in the kitchen, it was time to check out the menu. We'd intended to just grab the one lot of dumplings to share, but upon checking out the menu, we decide to grab two - the boiled spinach dumplings, and the pan fried dumplings. 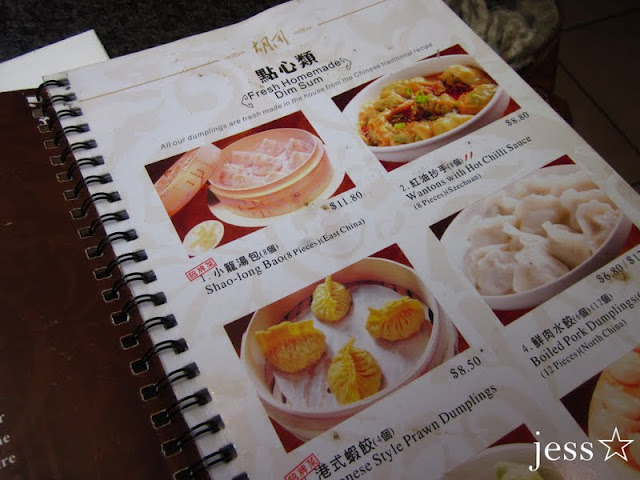 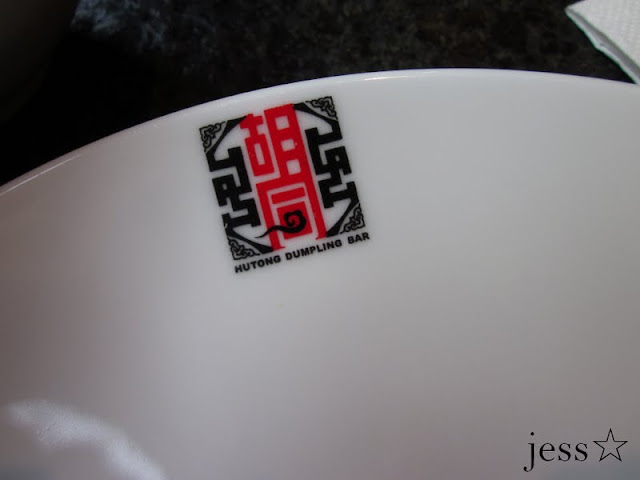 While waiting for our dumplings to grace our table, we started checking out our condiments... 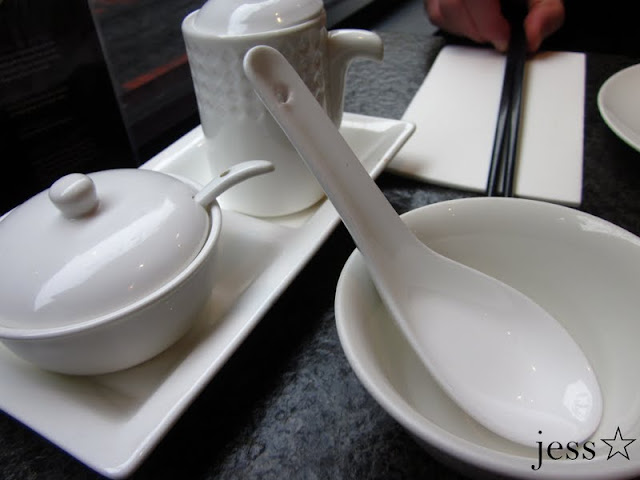 ... and to Sous-Jeff's delight, uncovered a pot of chilli! Fantastic! 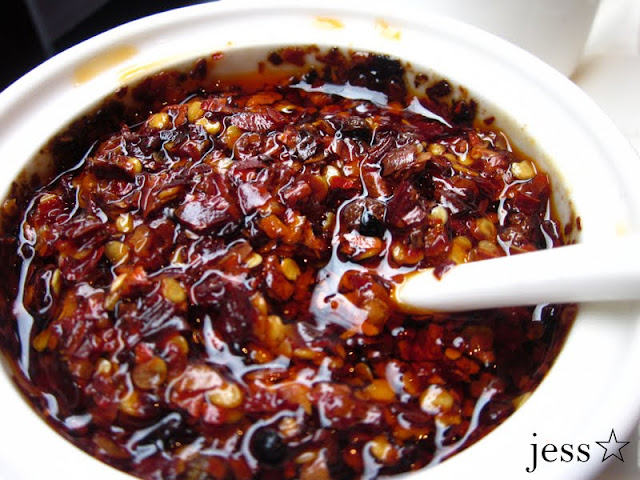 And for me, the slightly plainer and simpler soy sauce. Thank goodness! 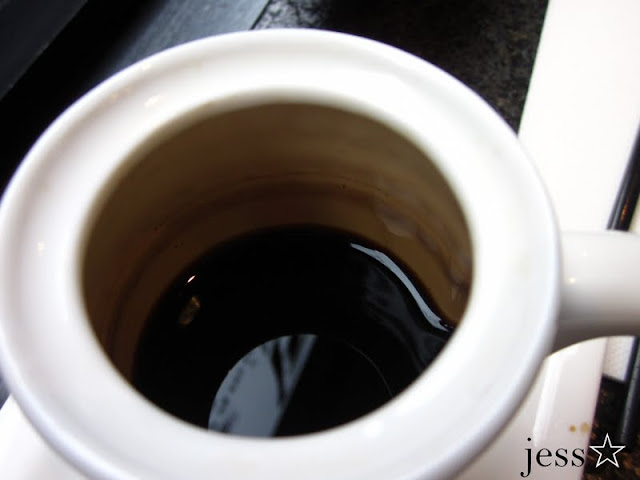 Just as I was starting to panic about the fact that I'd never eaten traditional Chinese dumplings before and had absolutely NO idea how to eat them in an appropriate and non-offensive manner, Sous-Jeff passed this to me across the table - a step-by-step guide! Ahhh, relief! 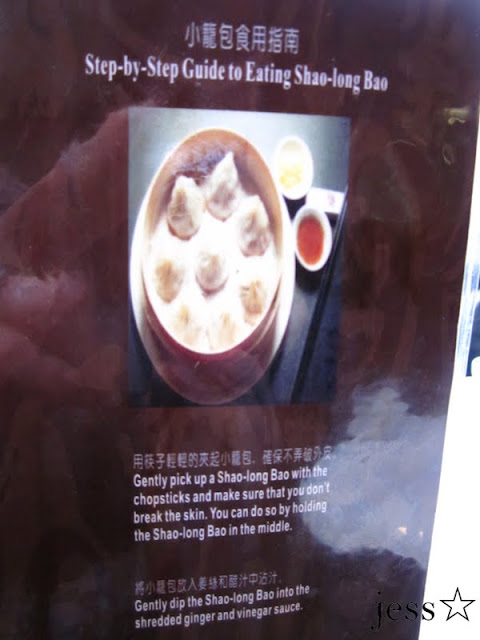 With instructions studied and a vague understanding on what to do, our first lot of dumplings arrive - the boiled spinach dumplings.


Following my instructions to the letter, I carefully managed to pick up my first dumpling with my chopsticks and dunked it into my little bowl of soy sauce. 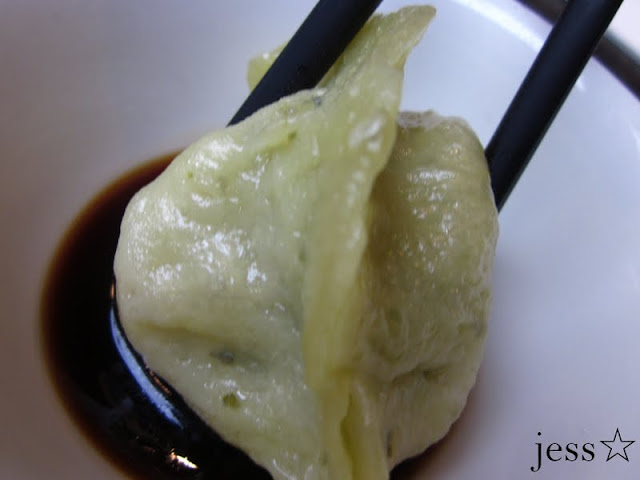 Then, onto my little ceramic spoon it went, and down the hatch! 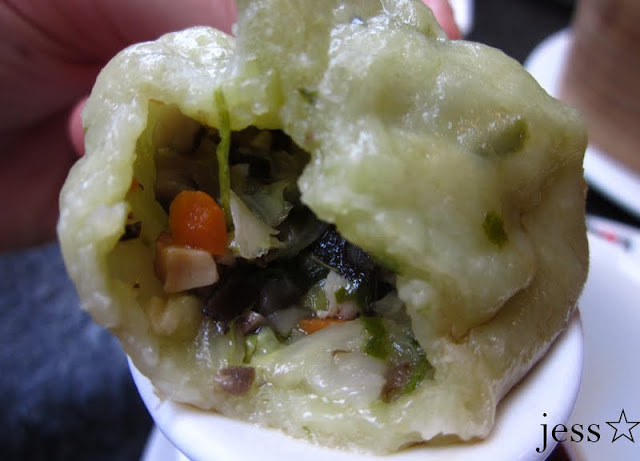 I really loved these dumplings - they were fairly plain and simple, which was probably good for me being a relative dumpling novice. They were certainly packed full of spinach, as promised, and were encased in a nice soft shell.

Next out were the pan fried dumplings, beautifully shaped and presented on... actually, I have no idea what so ever what it was, but it was fried and edible and delicious! 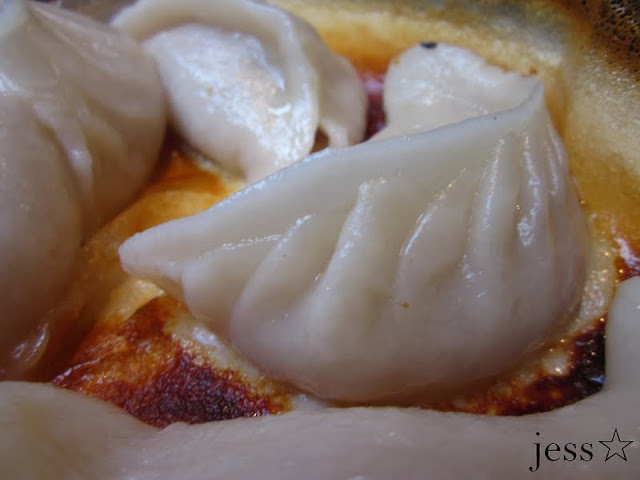 Apart from burning off the top layer of my tongue upon biting into a wayyyyy too hot dumpling first up, these were amazing. Absolutely loved them, and want more now that I'm just looking at them. Beautifully balanced mix of pork and ginger, and they had a just crispy bottom from being pan fried. LOVED! 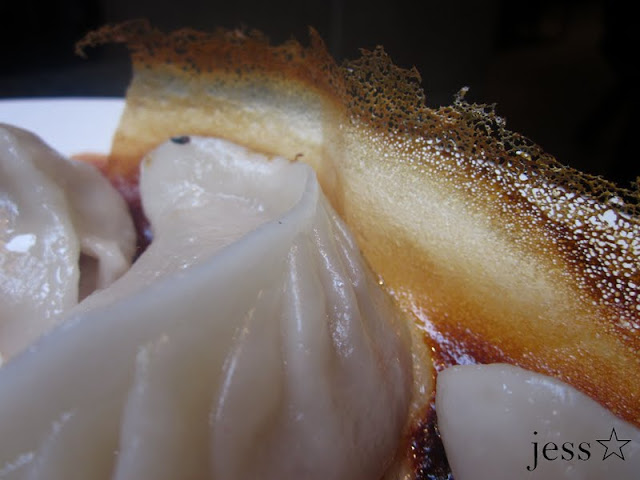 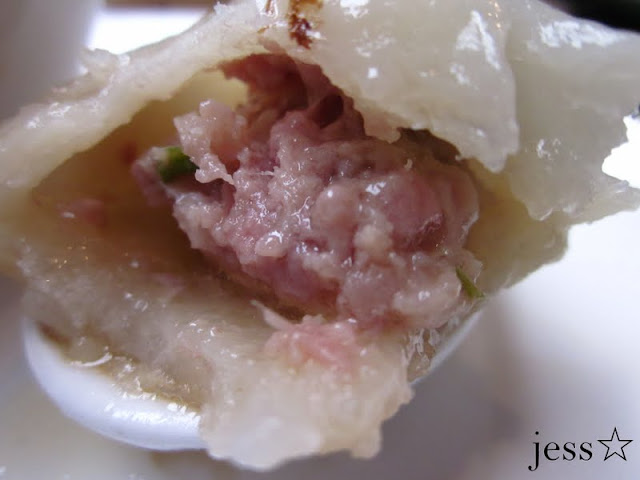 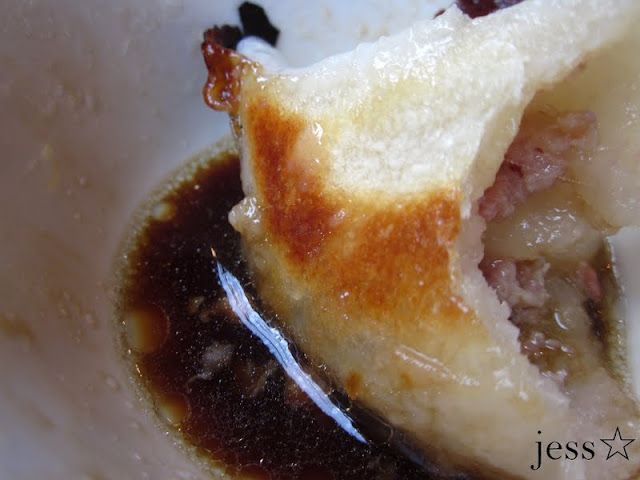 After hearing so much about HuTong and going in as a Chinese food/dumpling virgin, I was not let down. They were delicious and well priced, and I will definitely be returning for more.

We left HuTong very content and full and in need of a beverage. So, we decided to check out the relatively new kid on the block, Bar Americano. A little bar occupying the site of the former Pushka bar and the brain child of the gents behind Der Raum, it's been promised to be the next big thing.


Frankly, I was very underwhelmed. It wasn't because of the small, dark space. It was the service and the general atmosphere. I don't like to generalise, but the crowd really did come across as an uppity bunch. I certainly wasn't dressed in designer garb, but it seemed to offend the patrons who looked me up and down with upturned noses. The bartender walked over to us, as if not taking us seriously in the slightest (you know that look that teenagers who walk into a pub get? That, "I know you can't actually afford or legally buy anything in here so I won't waste my time helping you"? Yeah, that was the look we got), leant a menu up on the bar against the wall and gave us a "these are the cocktails," before walking back to the bar. We left immediately. The next big thing it may be, but that's not how we roll.

Frustrated and in even more need of a drink, we decided to start walking to our final destination of La Belle Miette, and we decided to just walk into the first bar we stumbled across. After a bit of a walk, we stumbled upon another lane way, which seemed to lead to yet another lane way! Not sure why, but I had a feeling we might have a decent find, so off I went, with Sous-Jeff on my tail saying "but do you know what's down here? Is there anything?" "Dunno, let's find out!"

And we stumbled upon what Sous-Jeff has dubbed the greatest pub in the Melbourne CBD: The Mitre Tavern. 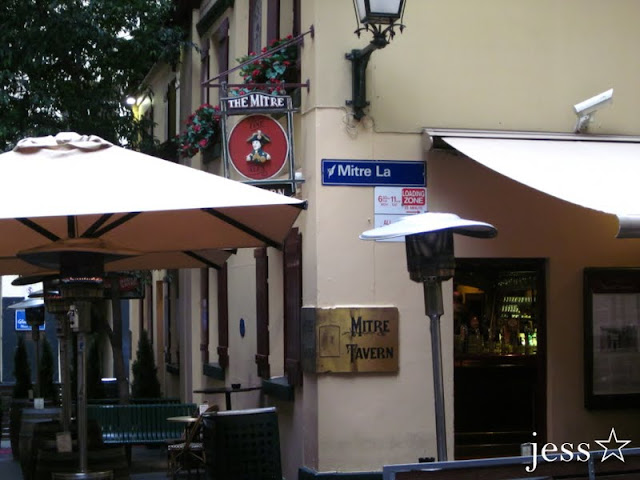 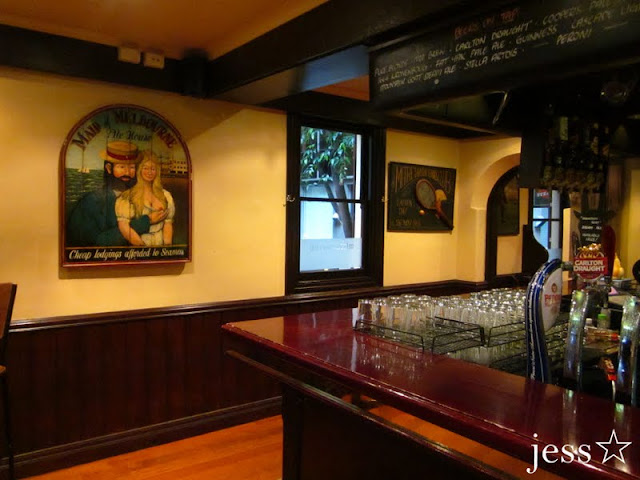 A very traditionally English style pub, it popped up at just the right time. It didn't look like it'd belong - an old pub in the middle of the city, on a Saturday afternoon, and it was dead quiet. There were dozens of tables outside under cover, with those awesome outdoor heaters which was keeping it all toasty warm, even outside as the rain started to fall. Sous-Jeff looked like he'd found the holy grail, after being dragged around all day in search of food. We grabbed some beer and vodka, and sat down to relax and digest. 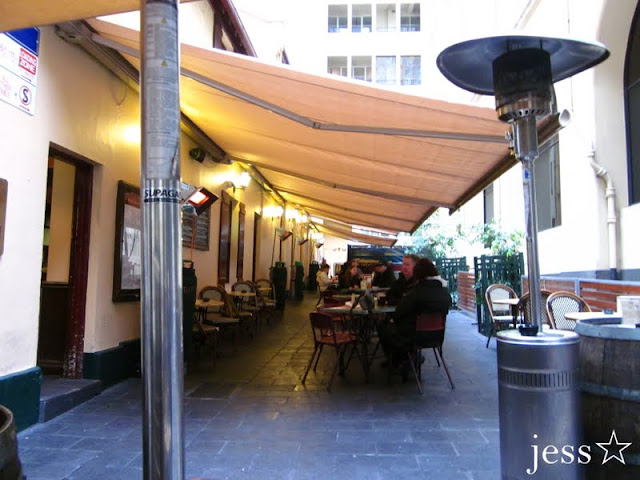 Looking back up the street, we could see the bright red doors of Cafe Vue on Little Collins St, but we couldn't believe how well hidden it was! The food menu looked great, and they had a steakhouse attached as well, with some amazing smells wafting out through the windows. 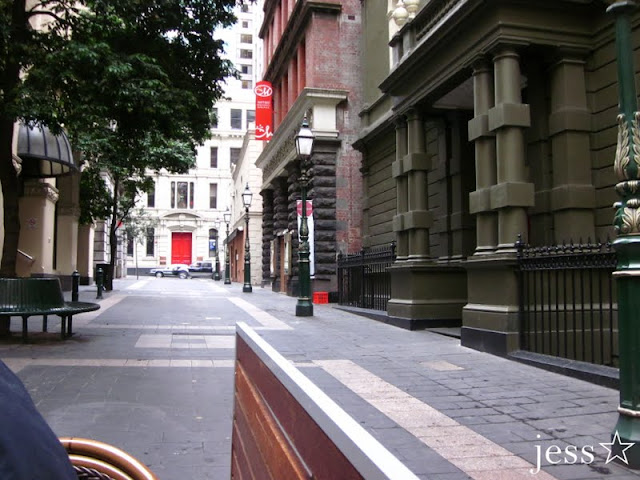 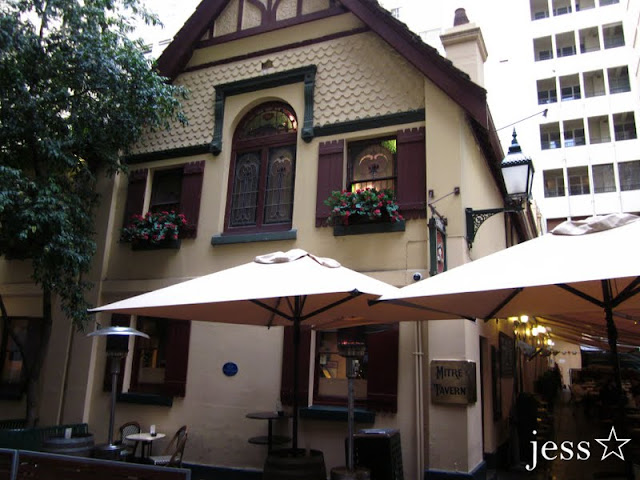 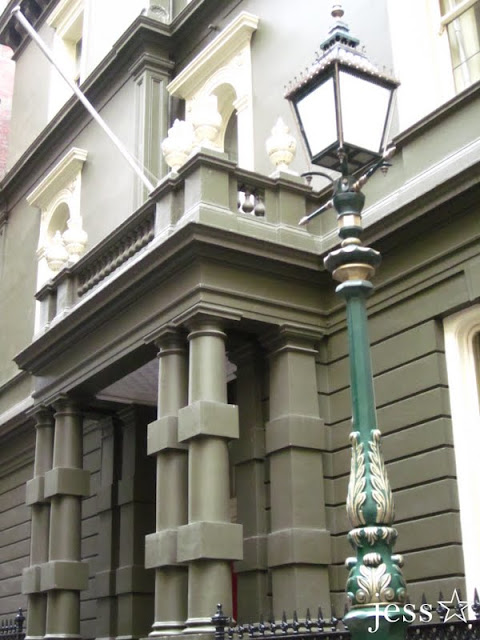 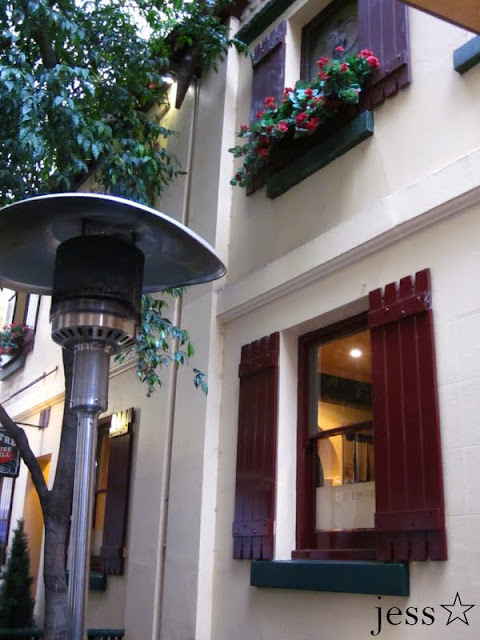 While we didn't actually eat anything there, it was a fantastic pub, and we can't wait to get back in for a dinner and a big night with our friends! Based on our beverage experience (without food) alone...

Anyway, it was getting dark, the rain heavier, and our legs tired, so we decided to wrap it up and get those macarons. Unfortunately when we arrived at La Belle Miette, they were sold out. Heartbroken. Luckily for me, I have a wonderful husband who took me back to the train station via Little Cupcakes - yes, I got another two, don't judge me!

One of my favourite things to do on a day off is to explore the little hidden gems of Melbourne, and today was certainly another win!


Over to you guys - where are your favourite hole-in-the-wall places?!
Posted by jess☆ at 1:04 am