This blog has moved to http://multiculturalmelbourne.com/
Multicultural Cuisine of... Spain
We arrive at Hosiers Lane with around 12 minutes to wait until opening time of Movida Next Door. Perfect for me; I absolutely LOVE the amazing art work adorning the lane. Instead of telling you about it, let me show you some of it... 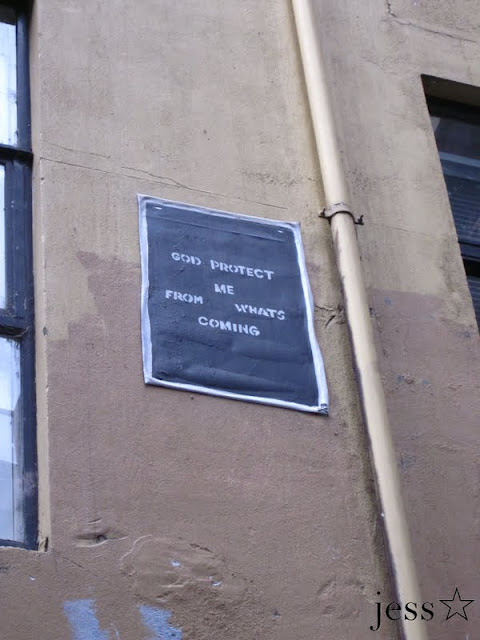 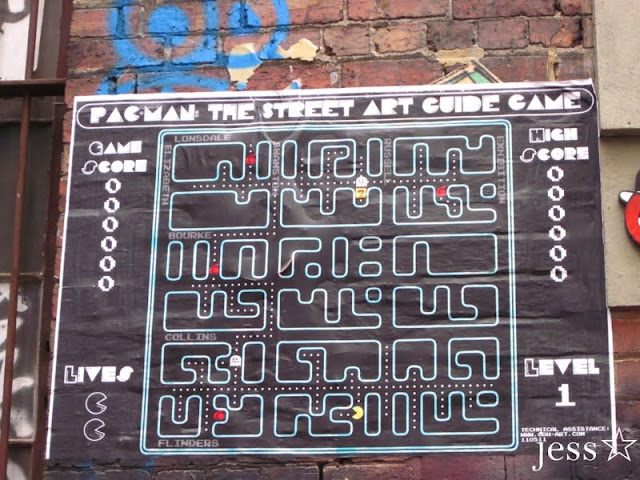 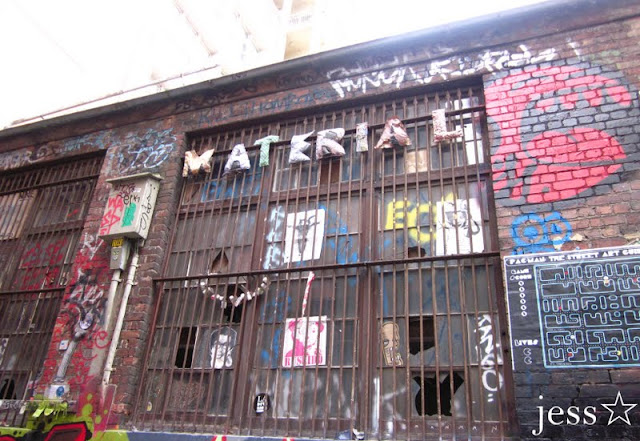 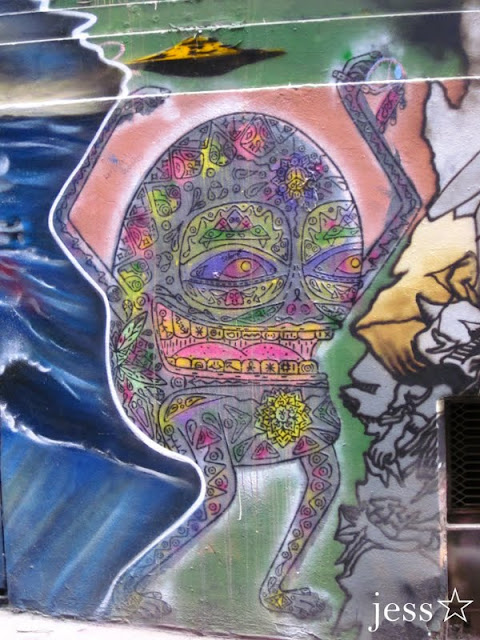 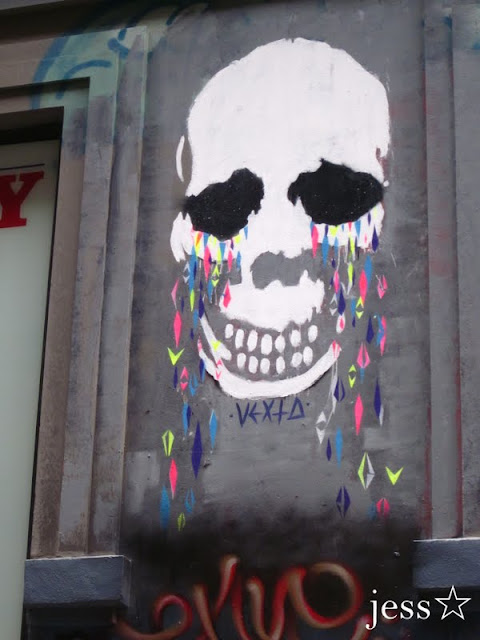 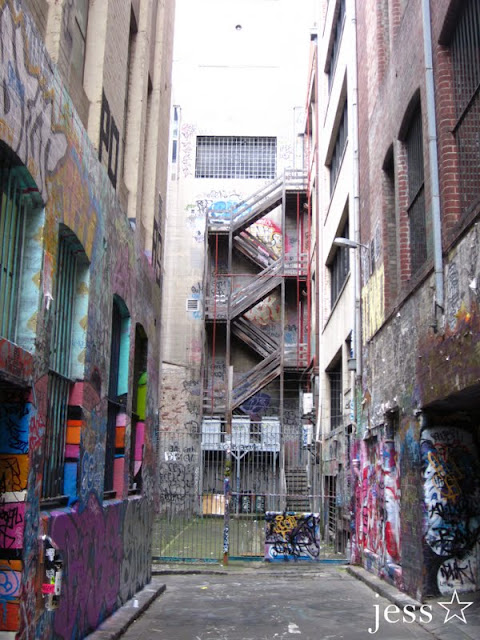 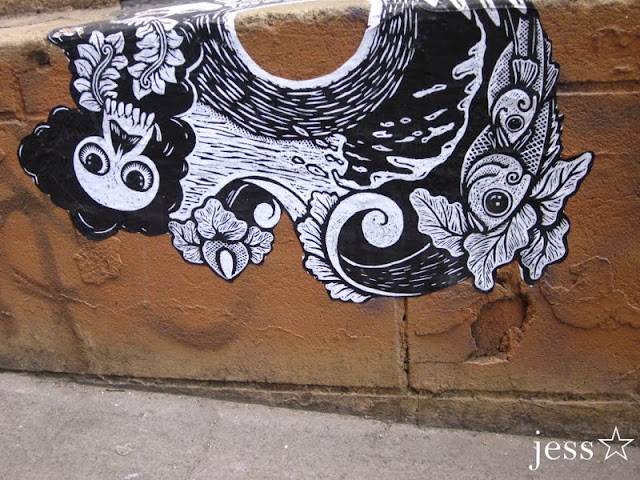 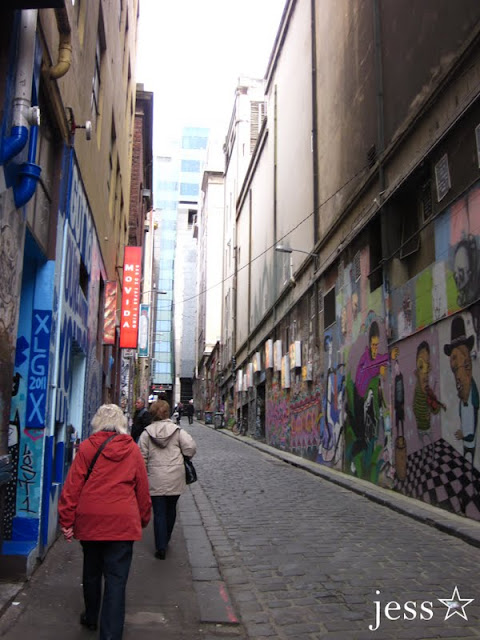 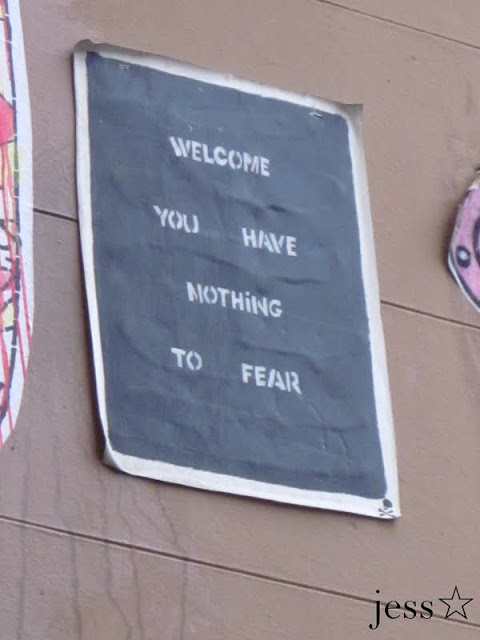 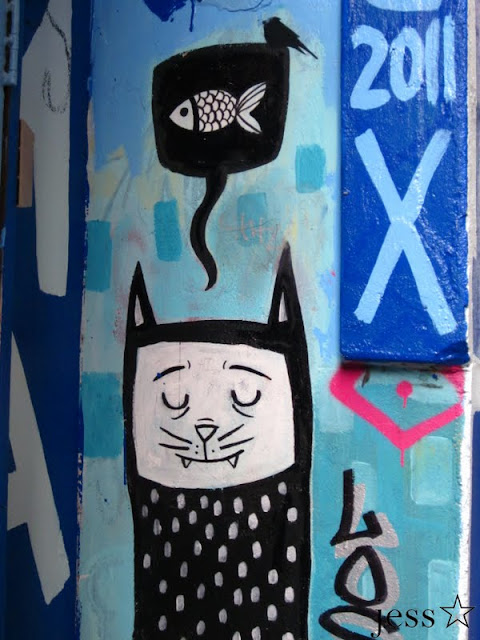 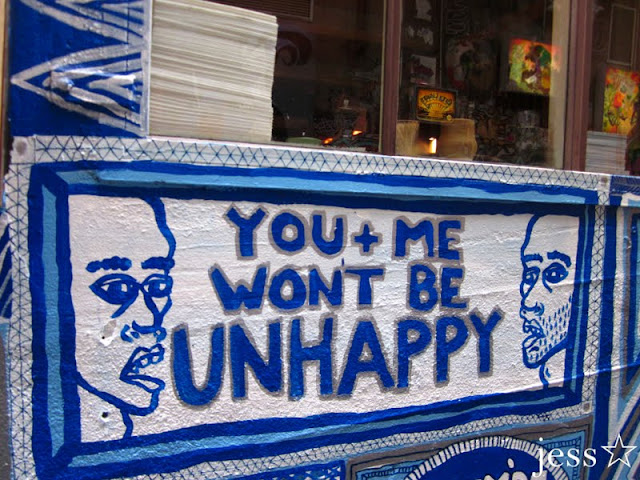 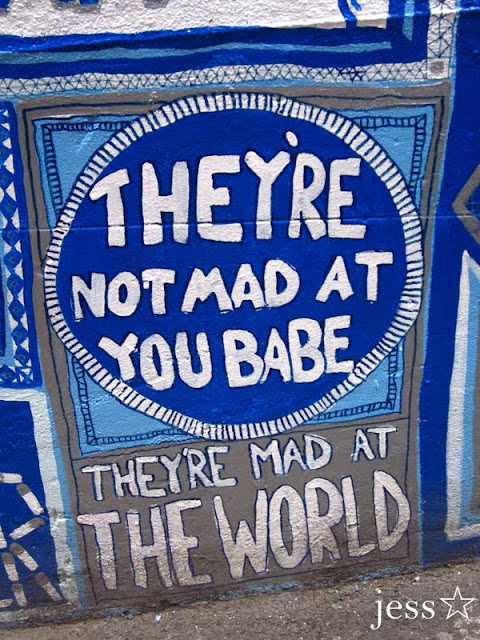 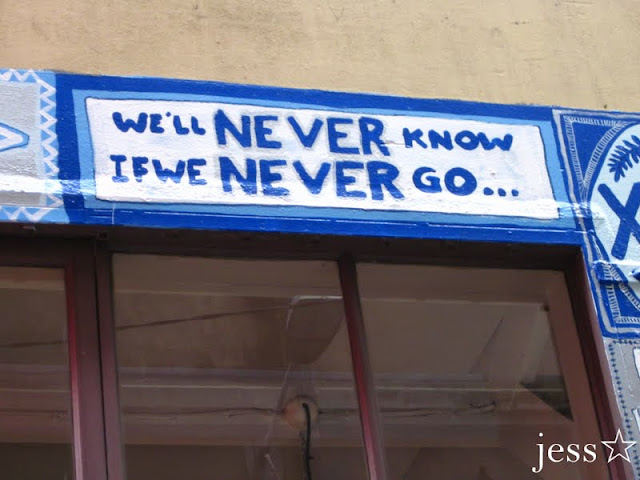 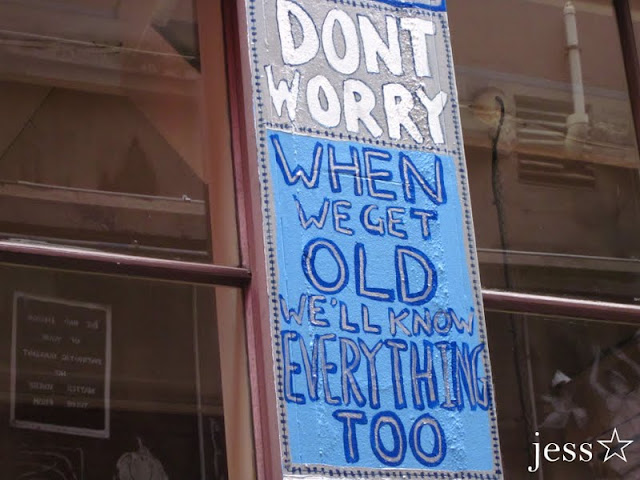 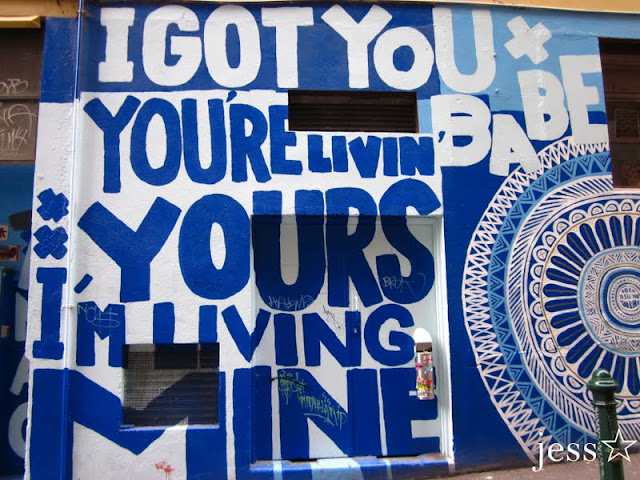 At this point, we see a bit more movement in the kitchen... it's almost tapas time! 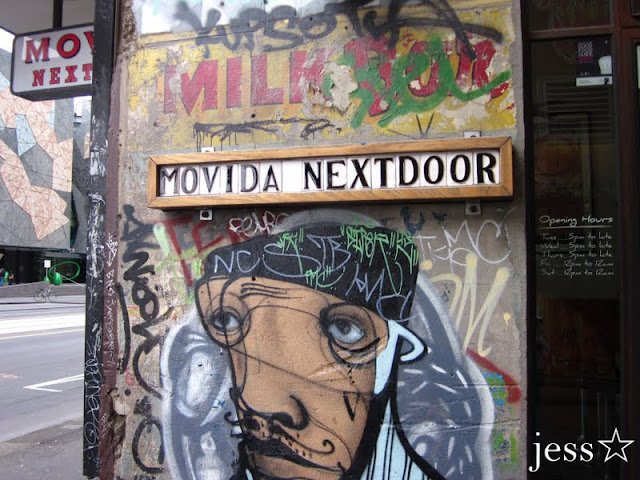 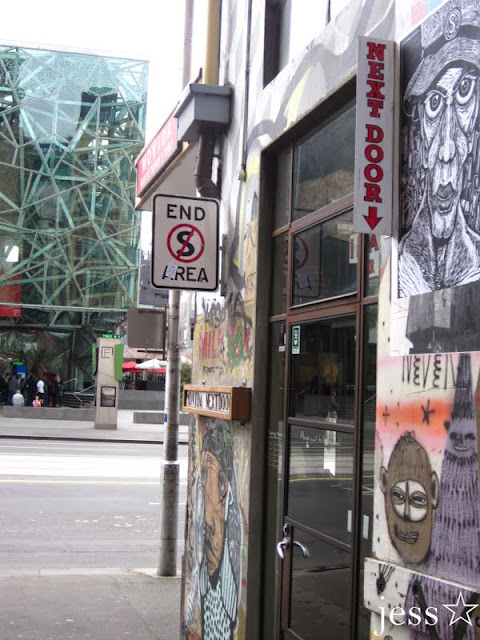 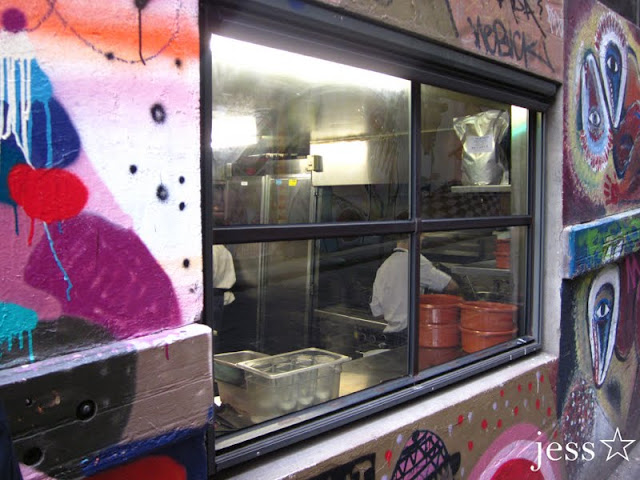 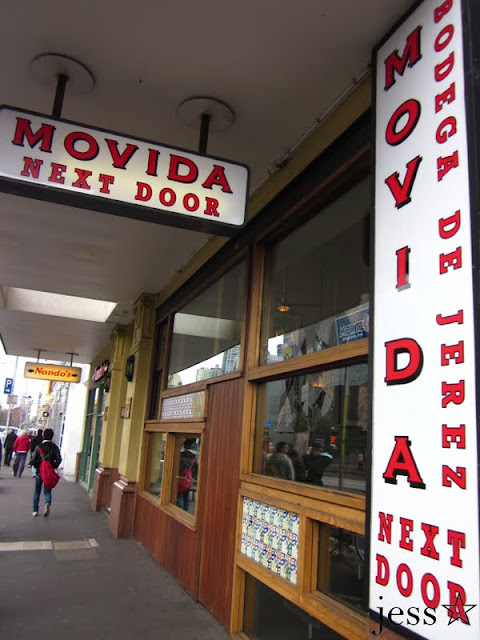 At 12:05pm, the doors finally open, and the line of people who have been gathering since 11:50am pour in through the doors. We're promptly seated by the front windows, and handed our menus. Our lovely waitress ran through each and every item on the specials menu (somewhere around 10 different items), and did a magnificent job of reciting each one by heart. 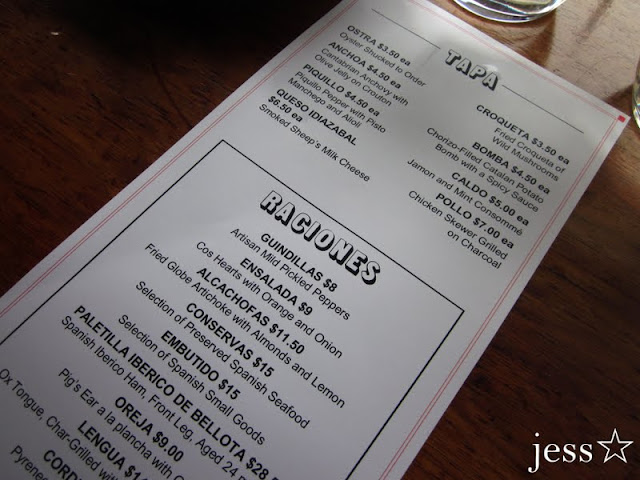 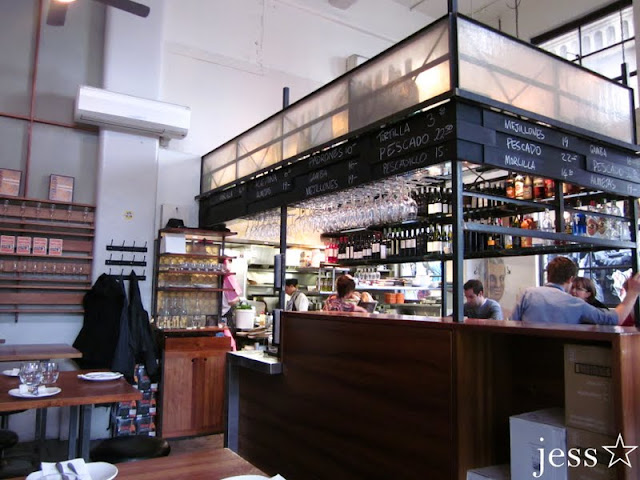 With our decisions made and orders placed, we sat at our little bench, taking in the beautiful, random few minutes of Melbourne winter sunlight, and were brought some lovely, soft, fresh bread and olive oil, which we nibbled on while we waited for our tapas (we were starving by this point!). We were also very glad that we were there as early as we were, because the stream of people coming in (and being turned away) did not stop for the entire hour we were in there! 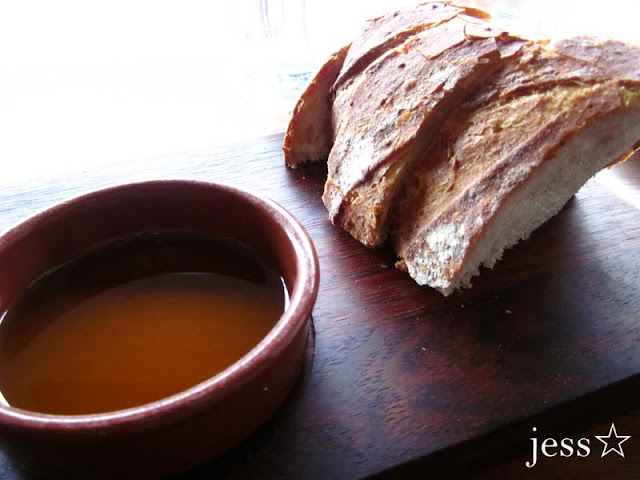 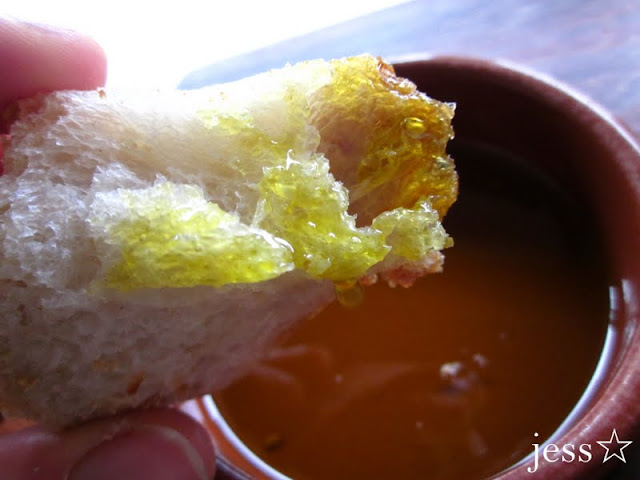 Sous-Jeff, the beer connoisseur, also ordered himself a Moritz beer; I won't pretend to know a thing about beer, and declined when offered a sip, but by all accounts it was great! 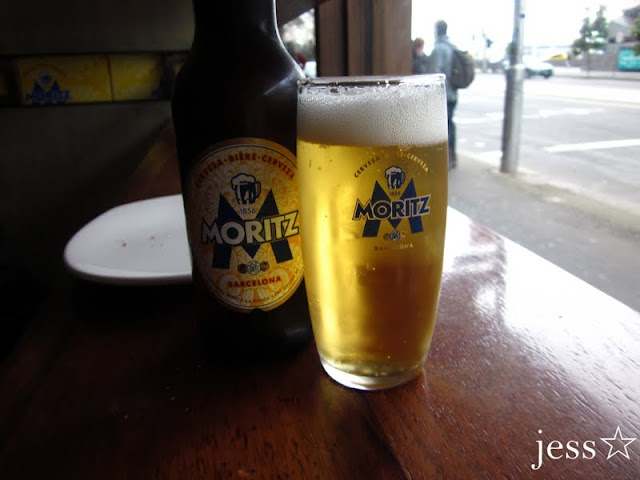 Now, for the food.... First out was my choice, the cheese! Smoked sheep's milk cheese, with a few little figs on the side. Sous-Jeff hated it (not really a big cheese fan unless its Cracker Barrel...), but I really enjoyed it - had a great bite, and was complimented perfectly by the figs.


Next out were the croquettes, crumbed, deep fried, and filled with wild mushrooms. They were creamy inside, crispy inside, and the mushrooms had an amazing flavour. This would have to be my favourite little nibble that we tried. 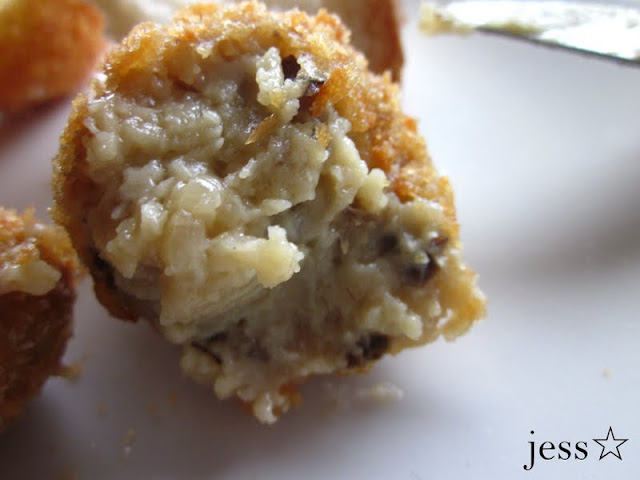 Coming out with the croquettes were the "bombas." These little balls of deliciousness came very highly recommended, and did not disappoint. Now, being the spice fearer that I am, I asked if we might be able to get the sauce on the side, as I'd heard that it did have quite a kick. The bombas themselves were little potato balls, filled with chorizo. The sauce was a little spicy, so Sous-Jeff was glad to have it all to himself. My bomba was beautiful, soft and delicious, and came runner up to the croquette as my next favourite. 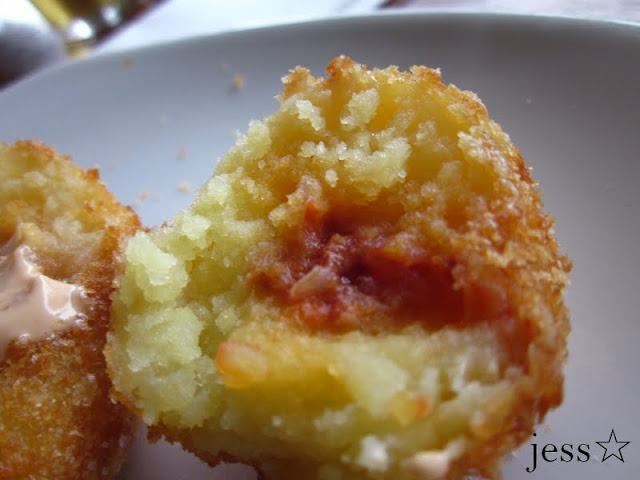 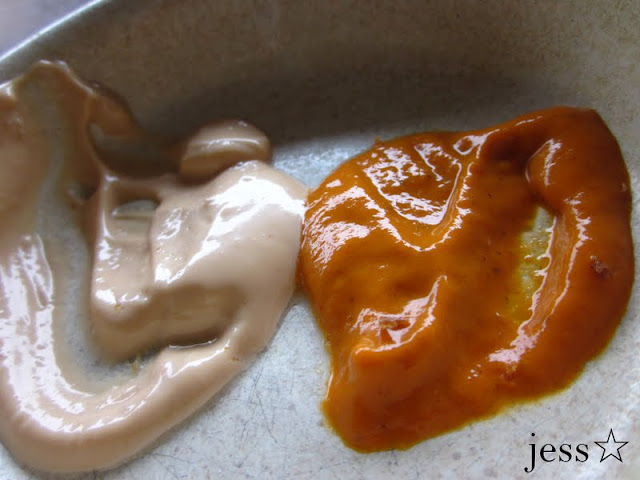 Sous-Jeff's choice was next - the chicken skewer. Marinated in lemon and parsley, and grilled on charcoal, seasoned with sea salt, it was amazing. The chicken was so soft and just fell off the skewer, and the simple flavours complimented the fresh chicken perfectly. 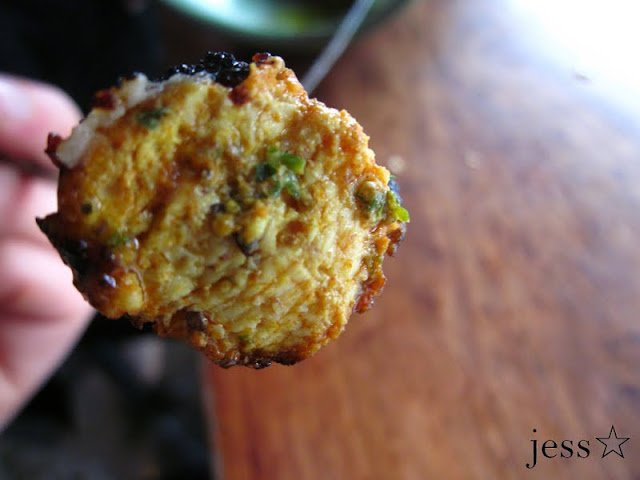 Last out was my pick from the specials menu, the tortilla. A traditional Spanish omlette, it's filled with potato and onion. I'm a big fan of the tortilla, and this one was amazing - warm and soft, and fell apart under my fork. Even Sous-Jeff (who isn't usually a fan) loved this!


It's been a long time since I've been trying to get to Movida - since last October when Sous-Jeff and I had some of our wedding photos taken out the front! But it was worth the wait, the food was amazing and certainly didn't  disappoint. Can't wait to tick off Movida, Movida Aqui and Movida Terraza off the list next!